Tips to Get Your Spanish Spelling Going

Pronunciation is key when it comes to understanding a language, and therefore getting used to Spanish pronunciation is crucial. One great thing about Spanish is: if you know the alphabet and its sounds, then you can read every Spanish word. In other words, people talk as they write. So, if you know the alphabet and how to read it, learning and speaking Spanish will be much easier than you think.

First of all, let’s start with the vowels. Like in English there are 5 vowels “a, e, i, o, u”, but unlike in English, Spanish vowels are ALWAYS pronounced the same. Five vowels, five sounds, that’s it.

Then, let’s see now how vowels and consonants sound together. The words in brackets are the name of the letters in Spanish and its pronunciation:

A (A: AH) Again,  you pronounce it AH. For instance, Adiós

B (Be: BEH) It sounds like English B. Buenos días

C (Ce: THEH) It has two possible sounds: a soft and a hard one. When followed by A, O, U it’s pronounced as the English K (kale) and when followed by E, I is has the Spanish Z sound (similar to the english th in thin). Such as: ¿Cómo se dice?

D (De: DEH) It’s very similar to English, but the sound is not as vibrating. ¿De dónde eres?.

G (Ge: HEH) Like letter C, its pronunciation will depend on the next letter: when followed by A, O, U, the G makes the same sound as G in GARDEN. On the other hand, GE and GI are pronounced like the Spanish J sound (or similar to the H hotel in english, but much harder). So what do we do to pronounce the soft G sound with E and I? We write a “u” in the middle: GUE, GUI.  Genial, gracias, mucho gusto.

H (Hache: AH-cheh) In Spanish, it has no sound. For example: Hola 🙂

I (I latina: EE lah-TEE-nah) Pronounced like the English EE. Igualmente.

J (Jota: HOH-tah) It sounds like ge or gi. This sound doesn’t exist in English, but I’m sure you’ll learn the word “jamón”, so you won’t forget this sound. Buen trabajo.

K (Ka: KAH) There’re very few words in Spanish that start or contain the K letter and they all originate on foreign languages. But it’s pronounced exactly the same as in English, such as: Kilómetro, kiwi, kamikaze.

Ñ (Eñe: EH-nyeh) The Ñ sound is not exclusive to Spanish, but the letter Ñ is. English language doesn’t have this sound either, but you’ve heard it multiple times in the words España, español.

P (Pe: PEH) Like letter D and other letters, the Spanish P is almost the same, but less breathy. Por favor.

Q (Cu: KU) In Spanish, the letter Q basically represents the K sound in English. It is always written followed by the vowel u (but the u is not pronounced) and only used with vowels E and I. Remember the letter C isn’t pronounced as K when followed by E and I? This is why: Spanish /ca, que, qui, co, cu/ = English /ka, ke, ki, ko, ku/ . ¿Qué quieres?

R (Erre: EH-reh) There are two different sounds for the letter R as well, soft and hard. Similar to how the R in rope and in father are slightly different in English, the same happens in Spanish but much more significantly. If a word begins with an R, then it’s a hard R. If it is in between two vowels, the sound is soft. In the word Raro, we can see this difference in sound. However, the strong R sound can also be found in between vowels, but in this case it’s written with double R. Carro.

T (Te: TEH) Not exactly the same sound as in English in tooth or tea, but again, less breathy. ¿Cómo te llamas?

V (Uve: OO-beh) In Spanish, its pronunciation is exactly the same as B (boy). Hasta la vista.

W (Uve doble: OO-beh DOH-bleh) There are very few words with W, but it’s pronounced like in English. In fact, we only find the W in words we have borrowed from English and other languages. Whisky. Kiwi.

X (Equis: EH-kis) Its sound is like in English. Such as: Taxi.

Z (Zeta: THE-tah) It’s very similar to the English TH sound in words like thin or think. It can only be followed by A, O, U since the E and I are written with the letter C, and so: ZA, CE, CI, ZO, ZU = /THAnks, THErmic, THInk, THOrn, THUmb/. For example: Zorro, zapato.

There are two non-recognised letters that we will not find in the alphabet, but that we use very frequently. They are:

LL (EH-yeh) depends on the speaker’s region, but in general it is pronounced like the Y sound when it is a consonant (you). ¿Cómo te llamas?

As always, don’t forget that practice is a great way to learn, but we also need a strong foundation to start from. Medita Spanish is the world’s 1st language and guided meditation app. We use a mix of guided meditations, mindful practices, and NLP techniques to create the perfect learning environment so you learn to speak Spanish effortlessly. So make sure to check us out! 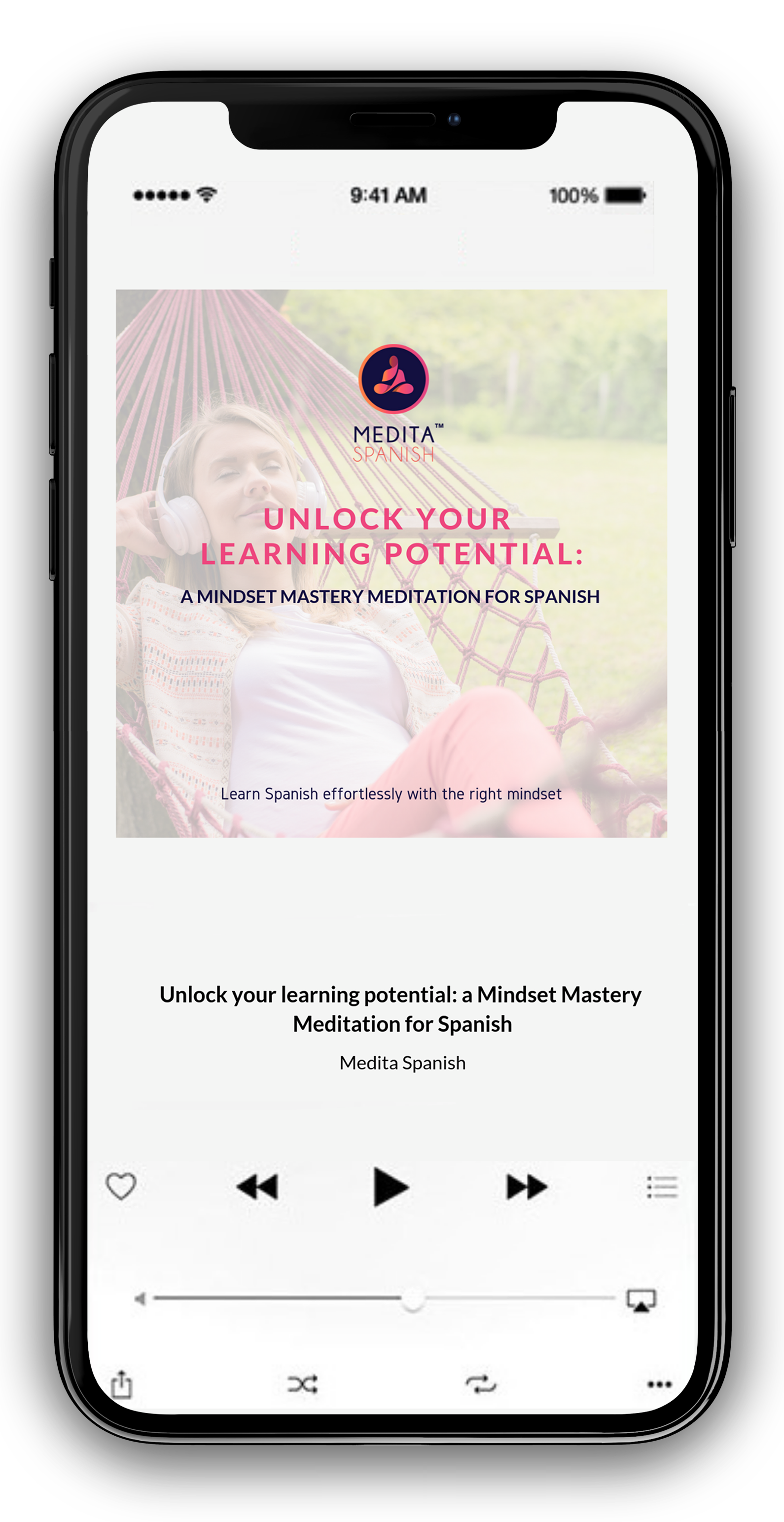